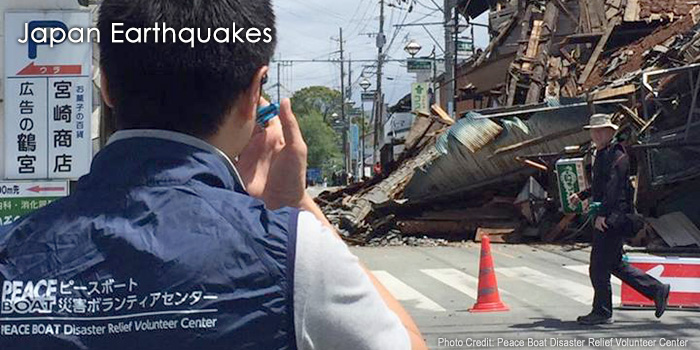 Our Response:
Lutheran missionaries and our companions have been reported safe. Lutheran-affiliated buildings received some damage. Working with our trusted partners and the Japan Evangelical Lutheran Church, Lutheran Disaster Response will help those affected by the earthquake. The earthquakes were the strongest that have hit Japan in the last five years. While the Japanese government is responding, the Lutheran churches and schools are gathering points for people in their communities, and their members are helping provide whatever assistance is needed.

What Can You Do?
Pray:
Continue to pray for the people affected by the earthquakes, may God’s healing presence comfort them in their time of need.

Give:
Gifts to Japan Earthquake will be used to assist those impacted by the earthquake until the response is complete.

Subscribe to email posts
from  the Lutheran
Disaster Response Blog.