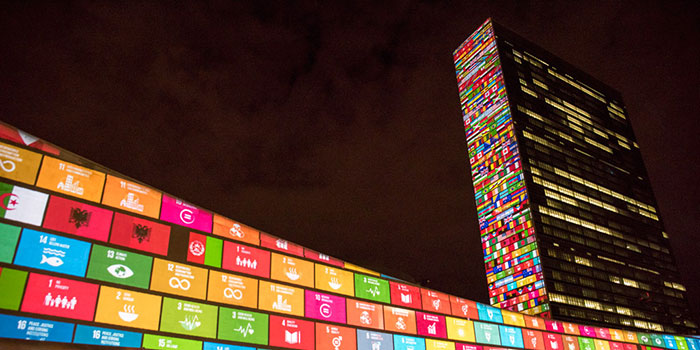 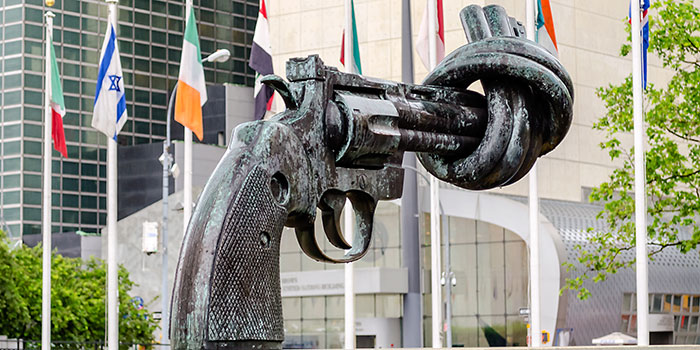 Food and Hunger
With hunger and food insecurity still as chronic problems for millions, LOWC participates in the  NGO-Working Group on Food and Hunger, which seeks to bring these concerns to the UN General Assembly, Member States and the UN headquarters community. The working group has been promoting greater consistency between the decisions taken by Member States at the Committee on World Food Security (CFS) in Rome and those taken at the General Assembly in New York.  To this end it collaborates with other non-governmental organizations which participate in the CFS’ Civil Society Mechanism.

Gender Justice
Women’s participation in decision-making processes is critical. The LWF`s Women in Church and Society (WICAS) office has developed a LWF Gender Justice Policy and participates at the UN Commission on the Status of Women (CSW) sessions. CSW is the principal intergovernmental body dedicated to the promotion of gender equality and the empowerment of women globally. It meets annually for two weeks in New York and is tasked with monitoring the implementation of Beijing Declaration and Platform for Action (BPfA). The Convention on the Elimination of All Forms of Discrimination Against Women (CEDAW) and the UN Security Council Resolution 1325 on Women, Peace and Security, together with other related resolutions, reinforce the work of CSW, whose main secretariat is the UN Entity for Gender Equality and the Empowerment of Women (UN Women). LOWC creates the space for women and girls to engage policy makers at the UN by hosting delegates at the annual sessions of the CSW. Lutherans advocate at the CSW through the submission of statements, meeting with government officials, and working in coalitions with other civil society and faith-based organizations like Ecumenical Women.

HIV/AIDS
According to the Joint United Nations Programme on HIV/ AIDS (UNAIDS), around 40 million people are living with HIV globally. More than 25 million people have died since the virus was first detected. Stigma and discrimination against people living with HIV/AIDS, especially among key populations continue to exacerbate the epidemic. UNAIDS Fast-Track strategy aims to end AIDS by 2030 by ensuring that 90% of all people living with HIV know their HIV status, that 90% of people who know their status have access to treatment and that 90% of people on treatment have suppressed viral loads by 2020. LOWC advocates for HIV/AIDS-related issues through different forums at the UN, at the International AIDS Conference (IAC) and the Ecumenical Advocacy Interfaith Pre-conference. We provide opportunities for sharing and networking by supporting LWF and ELCA members, especially young adults to participate in these forums and work in their communities. More information can be found at the ELCA HIV- and AIDS Ministry and the Ecumenical Advocacy Alliance.

Human Rights
As Christians, we believe that each person is created in the image of God and therefore it is part of our mission to protect the human rights of all people, regardless of their ethnicity, color, sex, language, religion or political opinion. When the UN member states adopted the Universal Declaration of Human Rights in 1948, they committed themselves to achieve and defend Human Rights in their respective countries and worldwide, in cooperation with the United Nations. Nevertheless, in many places around the world, people suffer from human rights violations. Together with its partners, the Lutheran Office for World Community promotes the Universal Declaration of Human Rights as well as numerous UN human rights treaties and supports efforts to hold human rights violators accountable. This is why LOWC carefully follows the Third Committee of the UN General Assembly and cooperates with LWF- colleagues with the Office for International Affairs and Human Rights in Geneva who follow the UN Human Rights Council and related bodies. LOWC also offers seminars on Human Rights and launched its own Human Rights-Video Project.

Human Security
While it is the general practice of governments to be concerned about national security, as churches we are called to promote human security.  The United Nations, the churches and others respond to human-caused, as well as natural disasters through humanitarian response.  LOWC participates in the NGO Working Group on the Security Council where we raise moral concerns about the humanitarian impact of the actions of Member States as they seek to maintain international peace and security.

Middle East
The Middle East is the venue for the Israeli-Palestinian conflict, one of the most protracted conflicts of the past several decades.  LOWC carries out advocacy at the United Nations to address this problem as part of the ELCA’s Peace Not Walls Campaign.  In recent years, LOWC has been advocating for peace with respect to the civil war in Syria and the related conflicts elsewhere in the region.  It participates on behalf of the ELCA in groups such as Churches for Middle East Peace and the National Interreligious Leadership Initiative for Peace in the Middle East.

Sustainable Development
Setting a vision for the next 15 years (2016-2030), the United Nations drafted and adopted the 2030 Agenda for Sustainable Development, which is “a plan of action for people, planet and prosperity.” This agenda includes the Sustainable Development Goals (SDGs) – 17 universal goal commitments to end extreme poverty, fight inequality and injustice, and combat climate change.  These 17 goals are accompanied by a total of 169 targets, in order to measure the success of countries in achieving these commitments. LOWC, in cooperation with ACT Alliance, commits to a faith-based framework in achieving sustainable development by achieving the SDGs. LOWC and our partners are monitoring and evaluating the implementation of the SDGs and will continue to hold governments accountable for their realization.

Educate and equip
yourself to be a more
effective advocate.