Conciliar bodies pursue Christian unity by providing a platform where Christian voices from around the nation and world are spoken and heard. These “councils” seek theological consensus on church-dividing issues, pursue peace and justice together, and witness to the world as one unified Christian voice on matters of faith.

"The body is a unit, though it is made up of many parts; and though all its parts are many, they form one body. So it is with Christ." ~ 1 Corinthians 12:12

Christian Churches Together in the USA 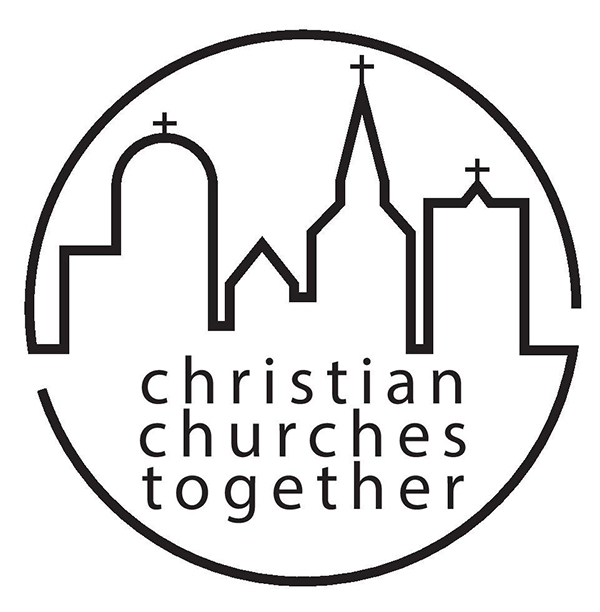 In 2003, 46 national church leaders agreed on a proposal called Christian Churches Together in the USA (CCT), the ELCA Churchwide Assembly adopted an action to join CCT that same year. The purpose of CCT is “to enable churches and national Christian organizations to grow closer together in Christ in order to strengthen our Christian witness in the world.” CCT is organized into five historical church families: Evangelical/Pentecostal, Historic Protestant, Orthodox, Racial/Ethnic and Roman Catholic.

Churches Uniting in Christ (CUIC) is a national movement that seeks to live more intentionally together in Christian unity. One major goal of CUIC is to work together to combat racism. CUIC is made up of ten member church bodies. The Evangelical Lutheran Church is America is not a member, but a partner in mission and dialogue. This means that we participate in opportunities and efforts to combat racism, and take part in dialogue on ministry. We are in full communion relationships with five of the ten CUIC member churches.

Founded in 1946, Church World Service (CWS) is a cooperative ministry of nearly forty churches in the United States that “works with partners to eradicate hunger and poverty and to promote peace and justice around the world.” CWS works in more than thirty countries around the world at and in the US to overcome hunger and malnutrition, and to provide emergency response, refugee resettlement, advocacy and direct services to immigrants and children, and access to clean and safe water. CWS provides opportunities for local participation through its Crop Hunger Walks, Tools & Blankets Program, and Kits Program.

The Lutheran World Federation (LWF) is a global communion of Christian churches in the Lutheran tradition. Founded in 1947 in Lund, Sweden, the LWF now has 149 member churches in 99 countries representing 77 million people from the Lutheran tradition worldwide. The LWF acts on behalf of its member churches in areas of common interest such as ecumenical and inter-faith relations, theology, humanitarian assistance, communications, and various aspects of mission and development work. The global offices are located in Geneva, Switzerland, with regional offices in several places around the world. Former ELCA Presiding Bishop Mark S. Hanson served as president of the LWF from 2003-2010.


National Council of the Churches of Christ in the USA

The National Council of the Churches of Christ in the USA (NCC) was founded in 1950. Today it has 37 member communions representing more than 30 million Christians nationwide. The NCC provides a forum for churches to seek visible unity in Christ and to witness for justice and peace. Its work includes theological study and dialogue, including Faith & Order; inter-religious relations and dialogue; joint action and advocacy for justice and peace; and education, formation, and leadership development. The NCC stewards critical Christian resources including the New Revised Standard Version and Revised Standard Version translations of the Bible and the Uniform Series Bible lessons.

The World Council of Churches (WCC) is a fellowship of over 340 Orthodox, Anglican, Baptist, Lutheran, Methodist, Reformed, United, and Independent churches in over 110 countries and territories worldwide, representing more than 500 million Christians. WCC member churches are “called to the goal of visible unity in one faith and one eucharistic fellowship; promote their common witness in work for mission and evangelism; engage in Christian service by serving human need, breaking down barriers between people, seeking justice and peace, and upholding the integrity of creation; and foster renewal in unity, worship, mission, and service.”