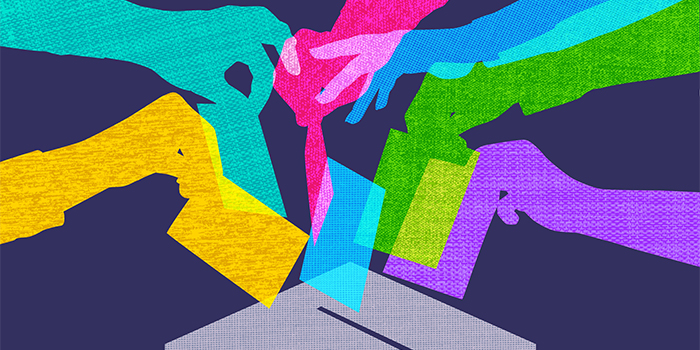 A Social Message on Government and Civic Engagement in the United States: Discipleship in a Democracy

The ELCA has adopted a social message on government and civic engagement titled “Government and Civic Engagement in the United States: Discipleship in a Democracy.” This writing project was requested by the 2019 Churchwide Assembly and was adopted in June 2020 by the ELCA Church Council [CC20.06.17].

To help dig into the text, there is a Study Guide, along with a Leader's Guide for those facilitating groups. A Spanish translation can be downloaded here. Printed copies (in packs of 5) can be ordered here.

Social messages are teaching documents of the ELCA focused on particular social topics. They are intended to focus attention and urge action on timely, pressing matters of social concern to church and society. ELCA social statements are more comprehensive documents developed via a five-year process led by a task force and adopted at churchwide assemblies. To read more about the upcoming work toward a social statement on church and state, click here.